Doctor Doom only appears in flashback in this issue, in which the writer Archie Goodwin leans heavily on an old episode of 'Star Trek' and a tiny aspect of an even older issue of 'The Fantastic Four'.

The story begins with Bruce Banner falling through 'the microverse' (which would later be called 'The Quantum Realm' in the Marvel movies) as an overdose of shrinking serum causes him to get smaller and smaller. This leads to some excitingly psychedelic scenes, with Banner bashing into actual planets on his way down. 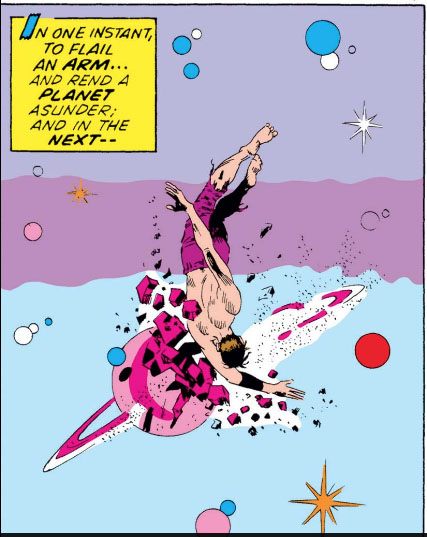 He eventually lands on a sidewalk, in a version of New York under attack from Nazi planes, and soon discovers that this is the world of The Shaper, a powerful being with the power to warp the world according to the dreams of those who live there. Sadly for the natives, their dreams were too dull, so when another "outworlder" arrived recently The Shaper latched onto his dreams instead, turning the planet into a version of Earth where the Nazis won World War 2.

This is quite similar to the Patterns Of Force episode of the original series of Star Trek, where a History Professor imposes a version of Nazism on another planet. The episode was first broadcast in 1968, and would have been repeated since, so it's not unlikely that Archie Goodwin was aware of it.

The link to Doctor Doom comes from the fact that the 'outworlder' is an escapee from Doctor Doom's payroll called Otto Kronsteig, who was used as a test subject for the shrinking ray that Doom employed against the Fantastic Four back in Fantastic Four #10.

That was only Doom's third appearance, 18 months before his origin story revealed that he was an Eastern Europe dictator as well as a supervillain, so Goodwin is toying with continuity here, filling in some previously unseen back story. However, he does so using the version of Doom seen in Fantastic Four #86, who is happy to consort with former Nazis, rather than the heroic freedom fighter he would later become. Indeed, Kronsteig looks very similar to the former Nazi Hauptmann who Doom would later kill in that storyline. 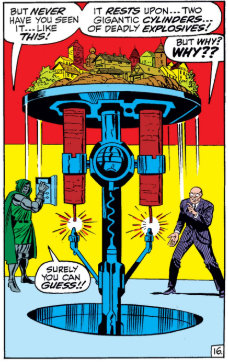 I wonder if perhaps Goodwin and/or Trimpe got confused about Doom's lackeys, and used the wrong Nazi? Either way, he is soon defeated by The Hulk, who is sent on his way through the Microverse by a penitent Shaper.

Doom's appearance here seems odd, like the definition of the character is retreating once more to the later Lee version rather than the more nuanced, sympathetic one that the likes of Gerry Conway and Roy Thomas have been introducing. It'll be interesting to see which version turns up next!