The Fantastic Four's Most Famous Foes

This week is 'Minor Appearances Week' with a whole string of extremely minor appearances by Doctor Doom in Marvel comics during 1974 and 1975. We start with one so minor that Doctor Doom doesn't even appear in the actual story itself, instead popping up at the end in a series of pin-ups reprinted from way back in Fantastic Four Annual #1. When I started doing these blogs I was quite strict about what "counted", preferring to look only at actual in-story appearances, which means there is no blog about this issue, which seems a bit daft looking back. Doom may not be in the story, but he's on the cover! 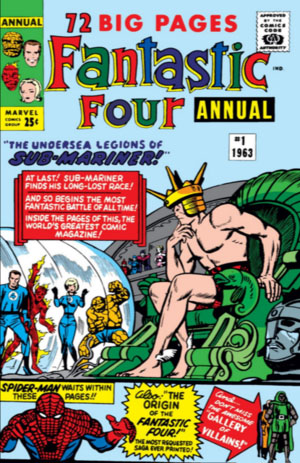 The "pin-up" in this issue is not an exact copy of the original - it's been slightly recoloured to make Doom's chest clasps yellow, rather than green as they occasionally were when they first appeared, and there's a new text box in the bottom right with some "vital statistics". Here's both versions, with the original on the left and the new one on the right. 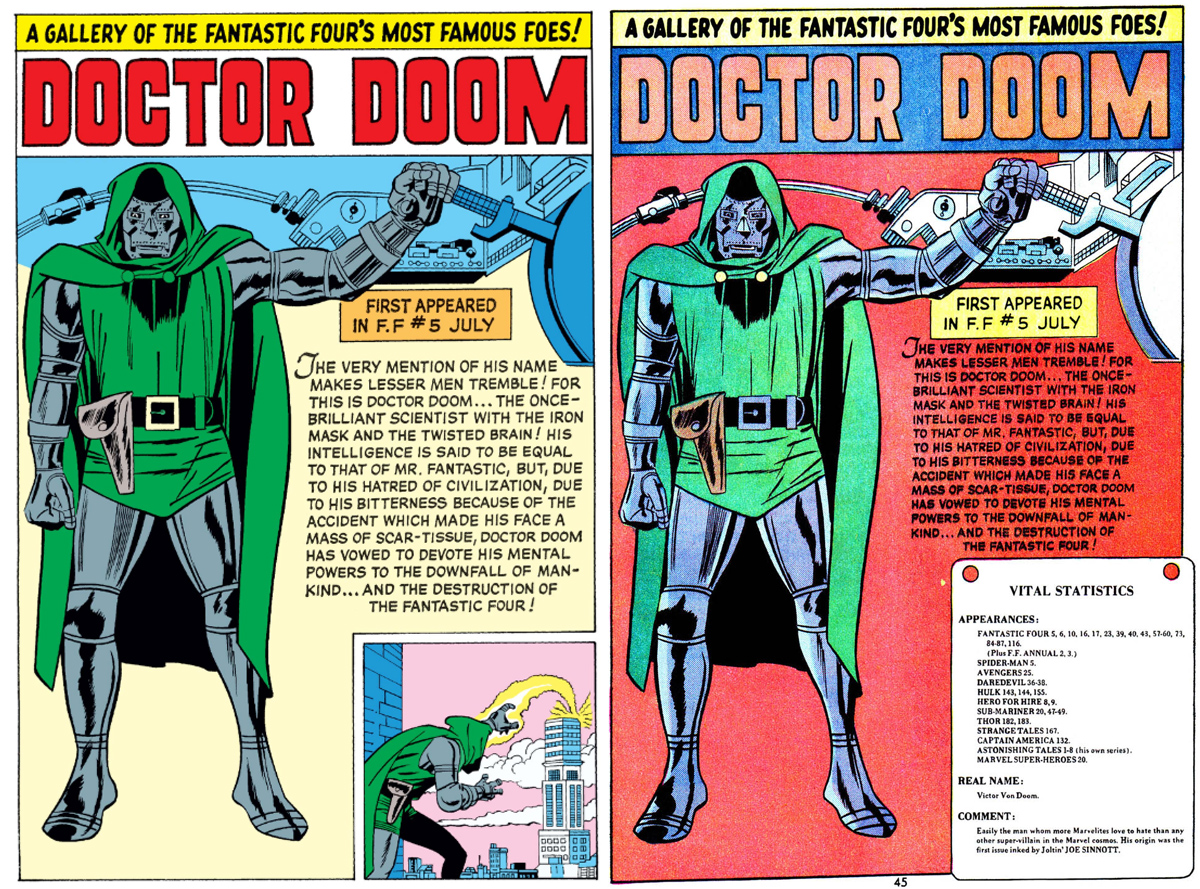 This seems like an odd choice of image to reproduce, because it's not what Doctor Doom looks like anymore. The John Buscema version has been standardised for a couple of years, whereas this much earlier Jack Kirby version has small cloak clasps, pants instead of a tunic, and very off-brand gauntlets and boots. The only reason to use it, and I suspect this was the reason it was, is that it's part of a ready made sequence of already formatted images that can just be shoved in en masse.

The list of appearances is also rather interesting, as it marks a recognition of the fan activity (which in many ways this blog is a part of) of making lists of appearances. It's even more interesting for the appearances it chooses to include, with almost every "real" appearance counted (when Doom himself takes part in the story), but with none of the flashbacks or illusions that we've noted along the way, like in Iron Man #33 or Daredevil #100, and DEFINITELY no 'Not Brand Echh'. Weirdly, while it does contain fairly recent appearances in other series there's nothing from 'Fantastic Four' for the past couple of years. Other than that I was surprised by how accurate it was - I wish they'd done one of these every few years, it would have made selecting the corpus an awful lot easier!