Prisoners of the Pharoah!

This very Minor Appearacne see Doom appearing only once in flashback. The story itself is still pretty entertaining, with some great art by Dave Cockrum and some properly amusing writing by Steve Engleheart, as Hawkeye and The Swordsman, officially The Worst Avengers, recruit The Pharaoh to do battle with Kang The Conquerer. The Pharoah and Kang are sometimes said to be time-split versions of the same person, as well as being variously The Scarlet Centurion and a much older version of Doom himself too, and this story doesn't do much to clarify the issue, instead showing them all together as part of one massive time paradox. 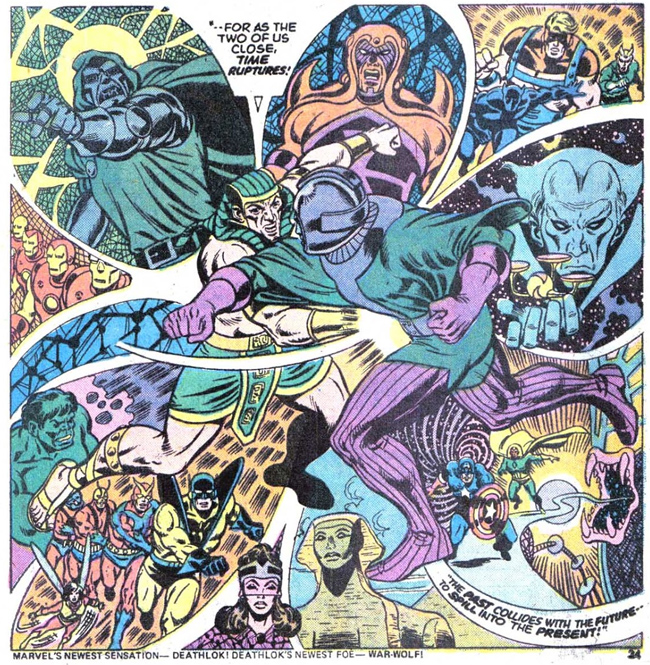 That's the one and only appearance of Doctor Doom, but I so there's plenty of room for excellent panel from halfway through the issue, showing Kang raging against the efforts of Hawkeye and Swordsman.

I think we can all sympathise with the immortal conqueror from the future here can't we?

Next time it's time for some proper transmedia action in Minor Appearances Week, as Doom makes his debut on... Slurpee cups!