The Masks Of Doom

Another flashback today to a Minor Appearance that I didn't know about until I started out on Minor Appearances Month, and, as with last week's example I only found out about it by accident, in this case vy spotting Doctor Doom in the background of a Facebook post about Ben Cooper masks.

Ben Cooper were an American company who made masks and costumes, mostly for Halloween, often tied into licensed properites. They did a lot of superheroes and supervillains including this rather wonderful Doctor Doom costume in (as far as I can tell) 1967. 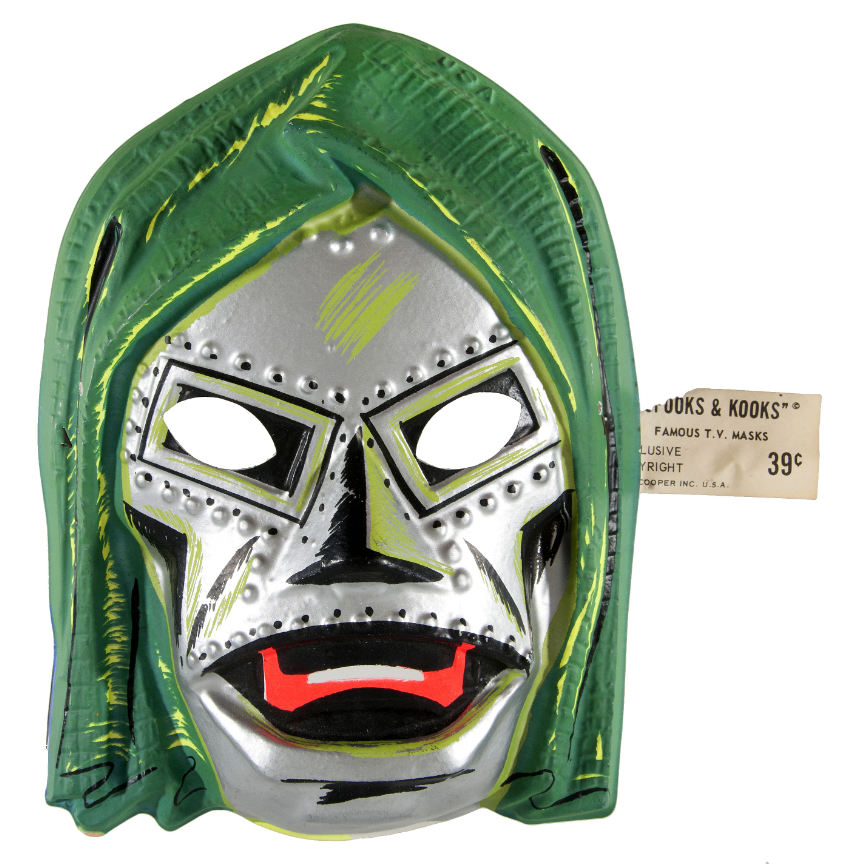 As you can see, the face part is really quite close to the comics character, while the costume... isn't. I do like the idea of Doctor Doom storming around with his own face on his chest - it's not impossible to imagine him thinking that this is a good idea - and the "DOOM" on the belt buckle is a nice touch too. It's interesting to see this appearing as an item of merchandising so early on in Marvel's existence, when they were only just starting to become popular and well before Doom himself appeared in much other media. Around this time he was making a guest appearance in the Hanna Barbera cartoon but before that he'd only been in one edition of the (awful) Marvel Super-Heroes series the year before.

About seventeen years later Doom would appear again in an entirely new version of the costume which, to my eye, owes quite a lot to Darth Vader. 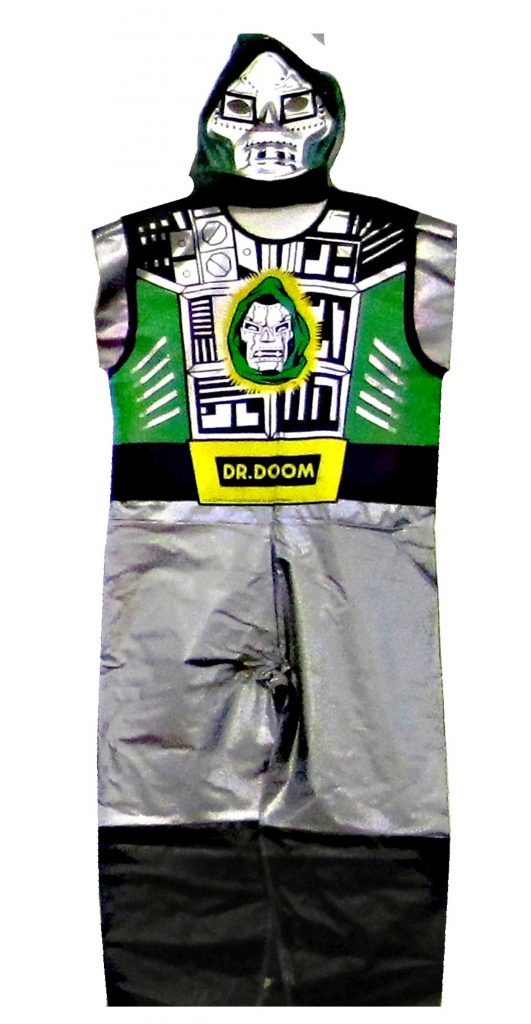 Again, the mask is very close to the comics version but the costume isn't, and again it features an image of Doom's own face on the chest. It's interesting that this costume should go so far towards Darth Vader (who was based, at least partly, on Doom), but maybe that's more of a reflection of the fact that Doom was also appearing in 'Secret Wars' around this time, when his costume was altered vaguely along these lines. Or maybe they had a design for a Space Astronaut that they weren't using!

Either way, it's interesting to see Doom popping up amongst the more conventional hero costumes, proving his popularity yet again. That's all for the flashbacks for now - next time we're back to chronological order for what will turn out to be a very major appearance as we discover what would have happened if Doctor Doom had turned out to be a hero.

Hang on, I thought he already was?