We're back in the cosy world of Spidey Super Stories today, with a light re-telling of a story that appeared in Super-Villain Team-Up a few years ago. It's the one where Doom managed to enslave Prince Namor and force him to fight his enemies for him - you can tell it's been copied from that story because it also features several of the supporting characters from that series, without really introducing them.

The action begins at one of Doctor Doom's favourite places, The United Nations! Prince Namor is there to get membership for Atlantis, but before he can enter the building Doom turns up with a proposal, at which point pretty much the entire run of Super-Villain Team-Up gets summarised in a single panel. 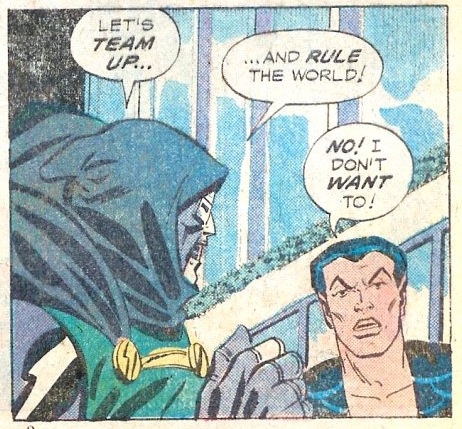 Doom is never one to take "no" for an answer, so he zaps Namor into unconsciousness and flies off with his rocket pack. He straps a collar around Namor's neck (which only he can take off) and forces him to fight Spider-man, who has witnessed the kidnapping and is in pursuit. 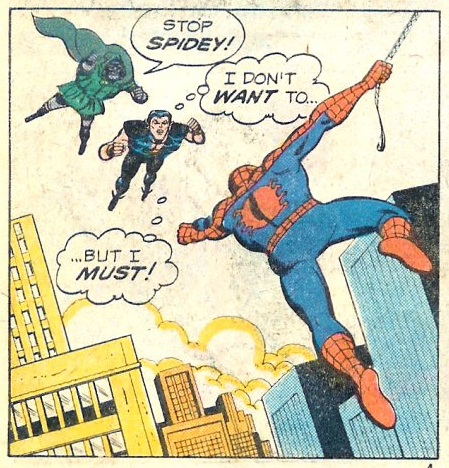 Namor thumps Spider-man, then he and Doom head to Atlantis, where Doom spots a "Sea Horn" in the throe room. He's told not to play with it, which obviously makes him do exactly that. 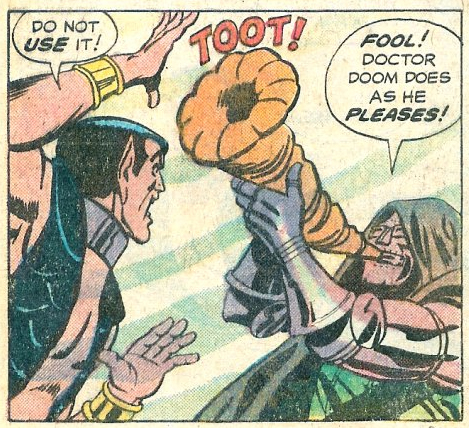 I really like the Spidey Super Stories characterisation of Doom as an impulsive, very naughty child, who hates being told what to do and refuses to be denied anything he wants. It's feels very true to his persona in the mainstream universe!

The Sea Horn summons a sea monster, as Sea Horns are bound to do, which terrifies Namor but pleases Doom no end, who is soon riding round on it gleefully. 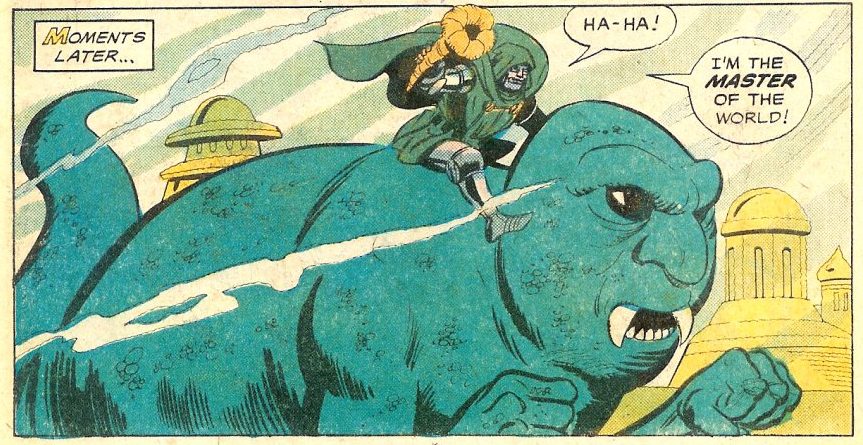 He gallops back to the city, where Spidey is unable to stop him going on a rampage. 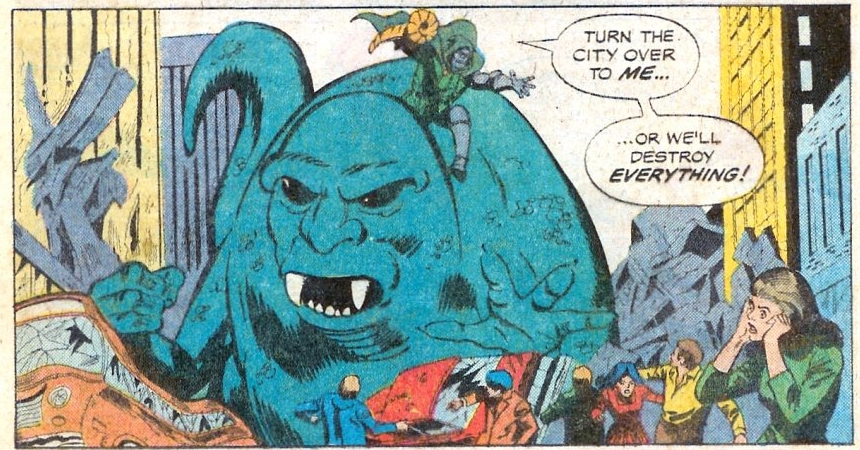 Meanwhile in Atlantis Namor's pals have turned up, and manage to pull the collar off without any bother at all, which does rather beg the question why the (very strong) Namor didn't at least have a go at taking it off himself? 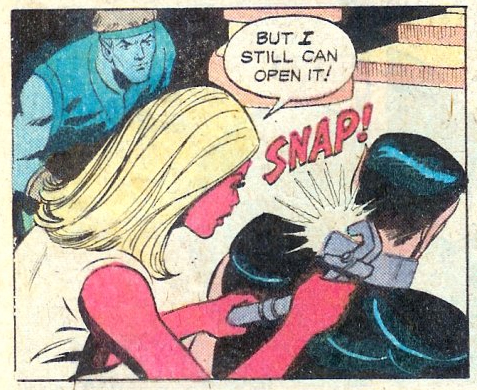 He zooms back to dry land, where Spidey is still struggling to cope with the monster. Namor simply snatches the sea horn and smashes it up, so that the monster is freed from Doom's control. It decides to head back to the sea, taking its captor with it. 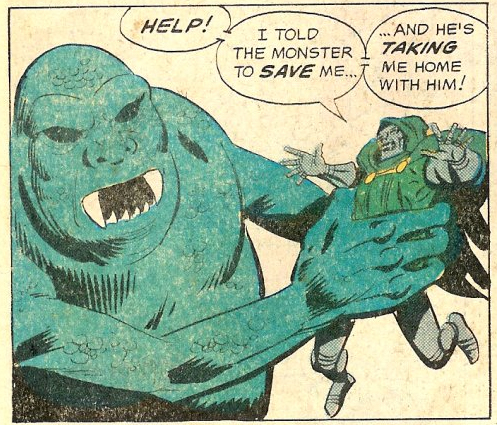 Spidey wonders whether they should help Doom, but Namor says he'll be fine - his armour's watertight, and once the monster falls asleep he'll be able to escape without any bother. So that's all OK then.

And that's the end of a very concise, very simple, yet very well characterised version of some characters we've been spending a lot of time with lately. As EZ Reader says on the cover, that comic was very easy to read!