More Marvel Superheroes That Didn't Quite Make It

We're back in the (very) occasionally amusing world of Crazy Magazine, for what seems to be at least part two of a sequence of strips by Paul Kirchner poking gentle fun at superhero stereotypes. This includes Conan The Commuter running for the "great metallic hell-spawned serpent" that is the 08:02 train to Penn Station, Ms Punk ("they gave her a medal - she pinned it on her cheek!") and my favourite, "Plot Device Man" 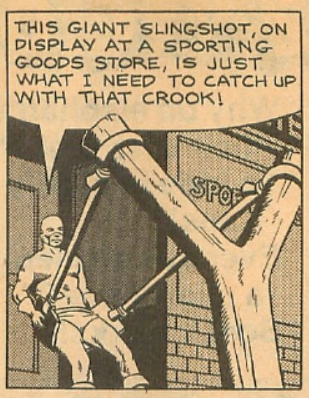 Doctor Doom makes a fleeting appearance in a five panel gag about "When Bruce Bummer was bitten by a radioactive oppossum he became ... Possum Man!" Doom is only in a single panel, doing his usual job in these situations of being The Avatar Of Villainy, demonstrating Possum Man's greatest power when faced with any and all supervillains. 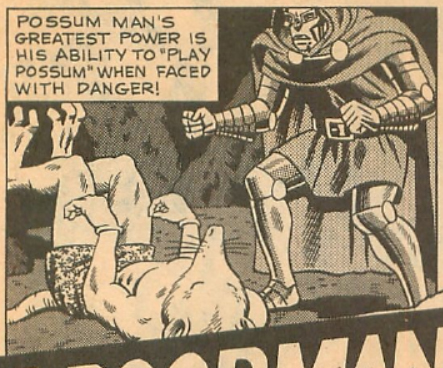 It's not exactly a side-splitter, but it does feature a pretty faithful depiction of Doom, even if the rings around his arms makes the costume look like the version used during his run in "Astonishing Tales" over then years beforehand. 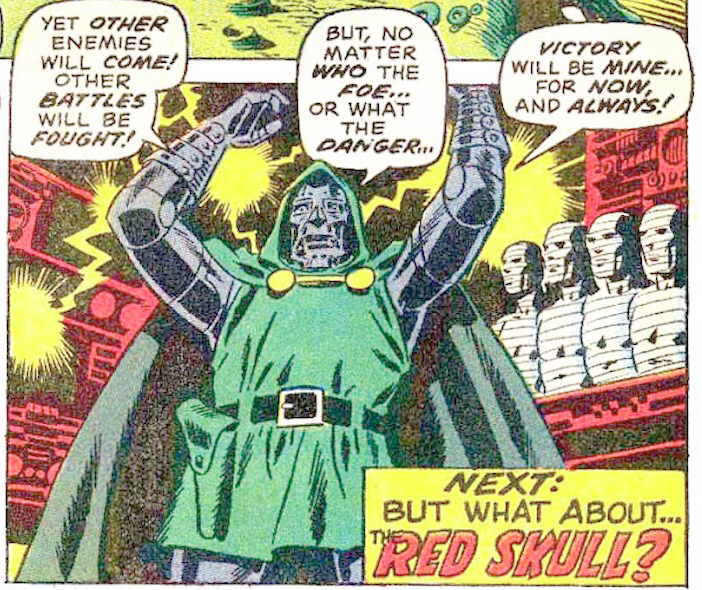 Next time we start on a run of appearances in the "Spider-man" and "Spider-man And His Amazing Friends" cartoons. Stand by for action!