Dr. Doom, Master Of The World

Today we kick of a substantial run of Doom appearances in the 1981 "Spider-man" cartoon series. There was only ever one season of this show, but Doom appeared repeatedly, and as a result appears in the titles sequence several times - in fact a lot more often than more traditioanal spidey villains like The Green Goblin! 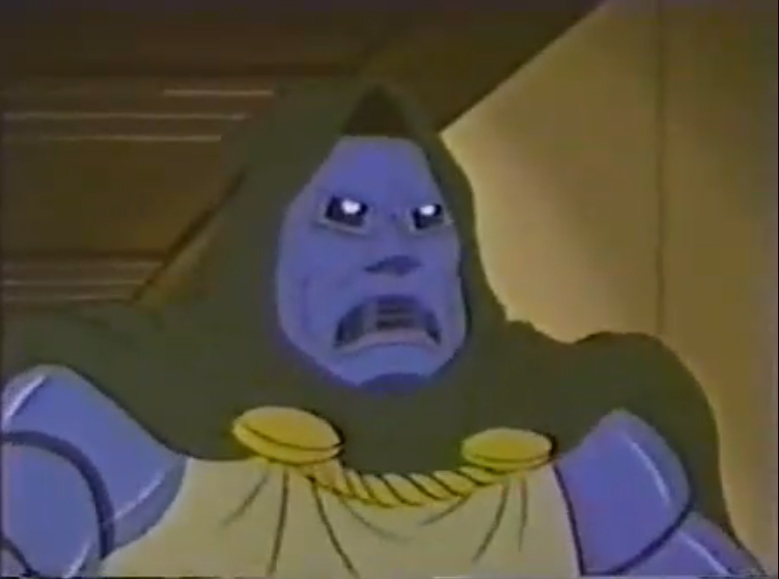 This episode features an awful lot of early Doom signifiers, with the United Nations being mentioned in the first few seconds as the President's plane is captured by another great Doom tradition - a futuristic blimp. 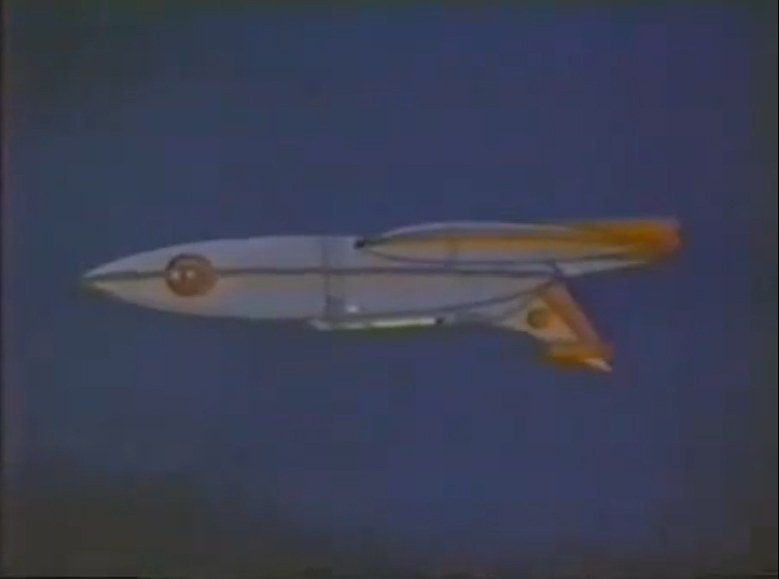 It's even piloted by robots! While this is going on Peter Parker is waiting at the airport to take some pictures of the president arriving. When he hears that the president has disappeared he changes into his Spider-man costume and zooms off to hire a plane so he can go investigate. Perky music alerts us to hilarity as he finds Wilbur Moses, a "World War One Flying Ace" who takes him off to see what's going on. 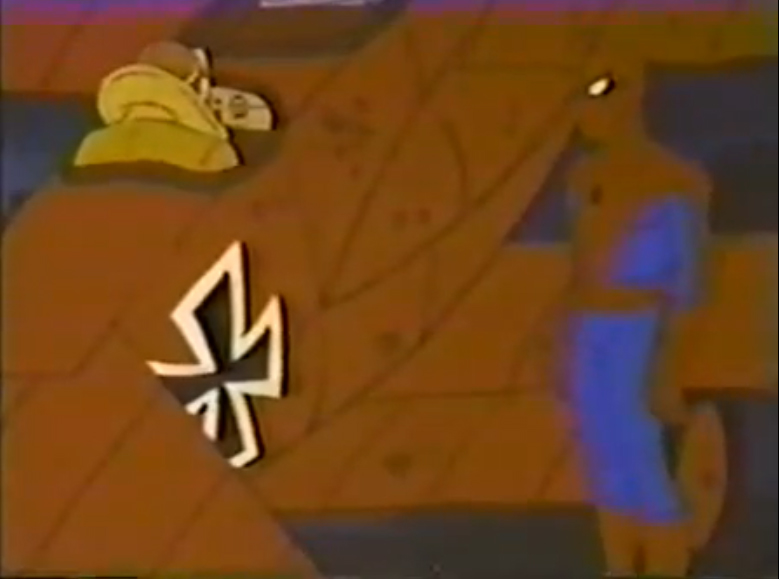 I do like the implied gag here that Wilbur flew for the Germans! Up in the blimp Doom and his robots are operating on the president, giving him a "remote mind implant" which will put his thoughts under Doom's control.

This version of Doctor Doom speaks with a very deep, modulated voice, not dissimilar to Darth Vader's. He also wears a costume very similar to his usual comics one, except that his tunic is a much lighter colour. All in all it's a very professionally done version of the character, much more in line with the Hanna Barbera cartoon from 1967 than the dreadful New Fantastic Four of 1978.

Spidey and Wilbur fly close to the "futuristic blimp" and Spidey immediately realises that "there's only one man I know who could create an overgrown balloon like that", clearly implying that he and Doom have history predating this series. Spider-man uses his webs to transfer over to the blimp, finds a handy doorway, and almost immediately runs into Doom's robots. He uses his webs again, this time to turn the robots into puppets who then punch each others' heads off. 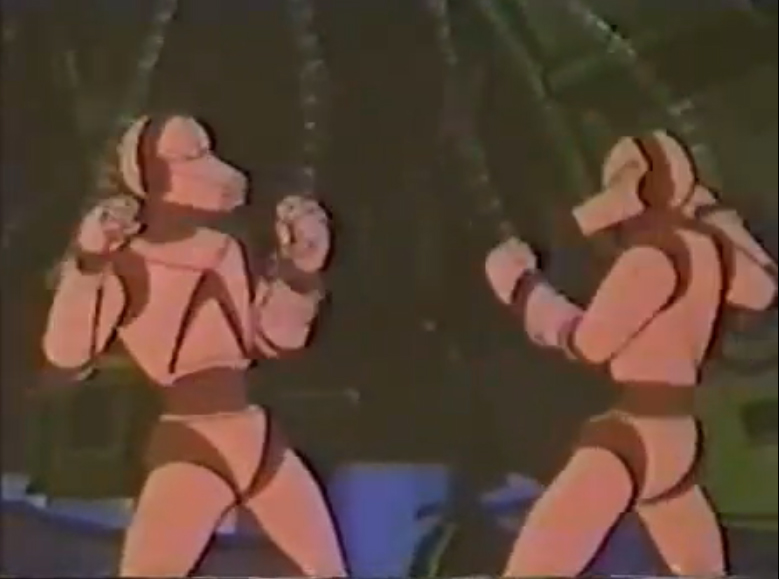 He finds Airforce One but is then faced with Doctor Doom, and the pair indulge in some verbal sparring. "You never learn, do you", says Doom, once again implying a history between them, before pulling a lever which drops both Spider-man and the plane out of the bottom of the blimp. 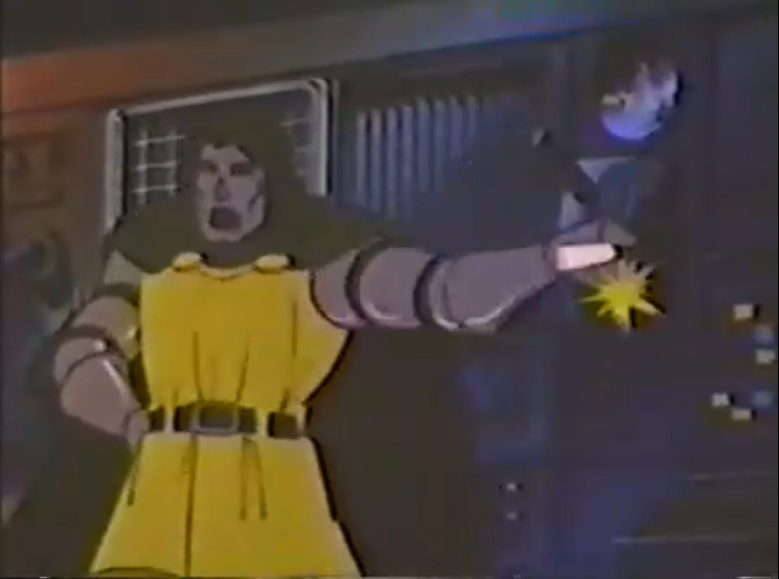 Nobody in the plane seems to notice anything wrong and it merrily carries on with its journey, with Spider-man stuck onto the side. It lands, and Peter Parker goes home, sneaking in past a sleeping Aunt May.

Back in the blimp, meanwhile, Doctor Doom is adding a remote mind implant to the representative from South Africa, which completes his collection of world leaders under his control. The only one he's not done yet is the secretary general of the United Nations - yes, it's that old chestnut again, Doom is planning to get the United Nations to vote him in as master of the world! It's a plot that's been used many many times in various comics, cartoons and newspaper strips over the years, despite the ongoing fact that the United Nations really does not work like that!

The plan is "foolproof" according to Doom, but "just in case" he sends a nuclear-powered flying robot to keep Spider-man out of the way. 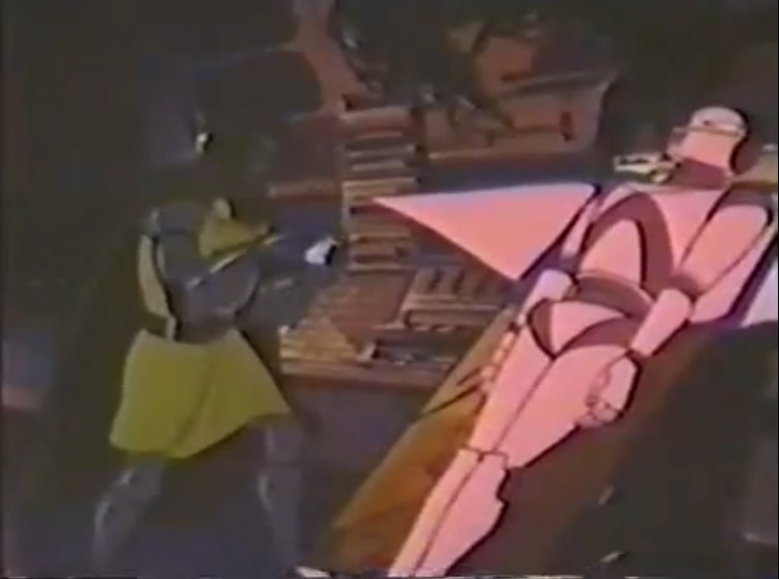 Spider-man himself is heading to the offices of the Daily Bugle to show off some of his pictures of the president. He's spent all his bus money on hiring a pilot earlier, so has to web-swing his way to work, and during this he gets into a fight with the flying robot. When he finally makes it into the Daily Bugle offices he meets longstanding supporting characters like Betty Brant and J Jonah Jameson, plus a new cartoon cast member, Jonah's nephew Mortimer. He's a prat! 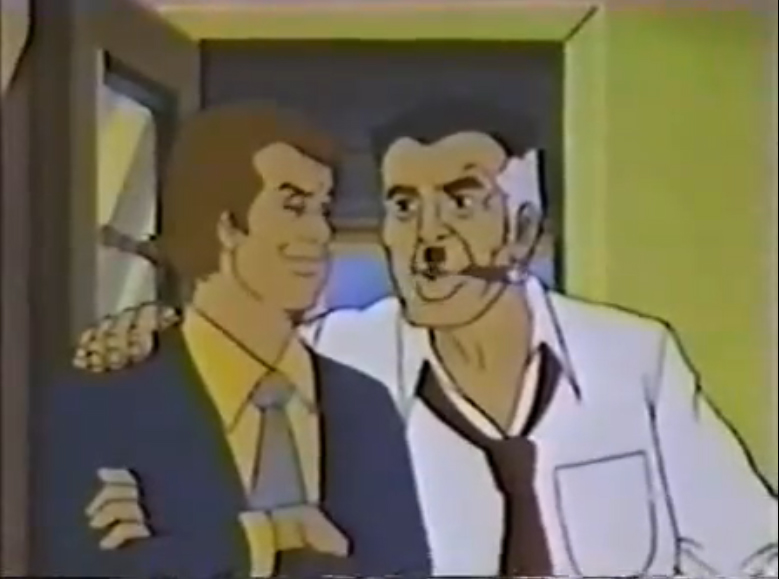 Peter and Mortimer head to the UN to cover the extraordinary meeting where they see the secretary general trying to warn everyone what's happened to the other delegates, only to be stopped by Doom's robots bursting in with sleeping gas guns. 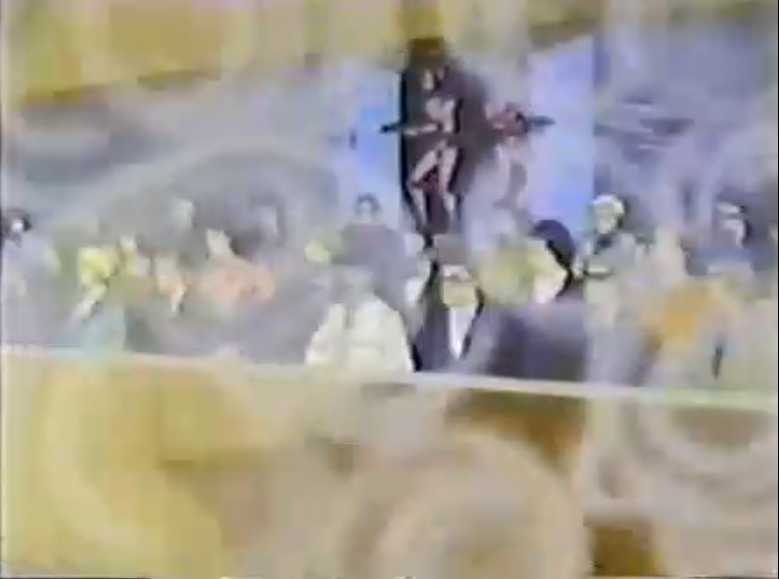 With everyone else knocked out Spidey (whose "super spidey breath" has saved him) follows the robots as they take the secretary general up onto the roof and into Doom's blimp. However, before he can assist Doom captures him in some sort of freeze ray. 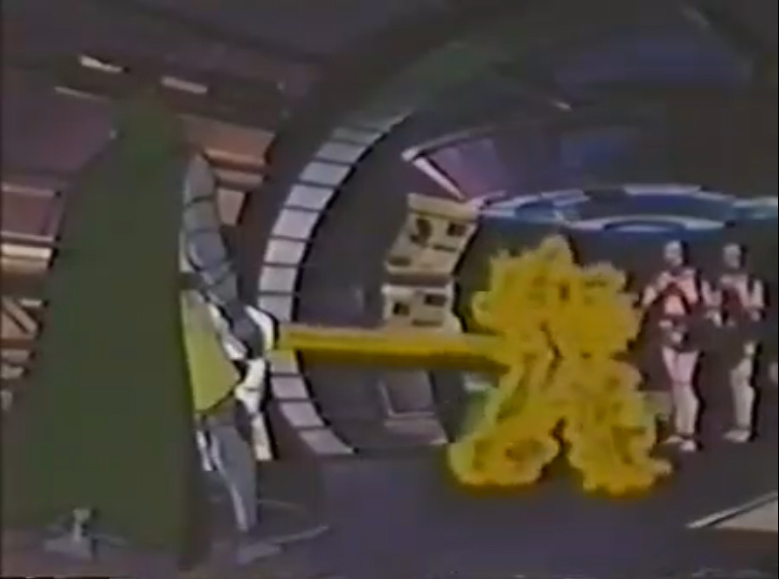 Spidey keeps on quipping, which clearly annoys Doom who says "where you are going, there are no jokes". He sets the blimp on a course to crash into the statue of liberty and then teleports back to the UN Assembly, where his robots drain the sleeping gas so that everyone wakes up. The mind-controlled secretary general nominates Doom to be world leader, everybody votes in favour, and suddenly Doctor Doom is Master Of The World! 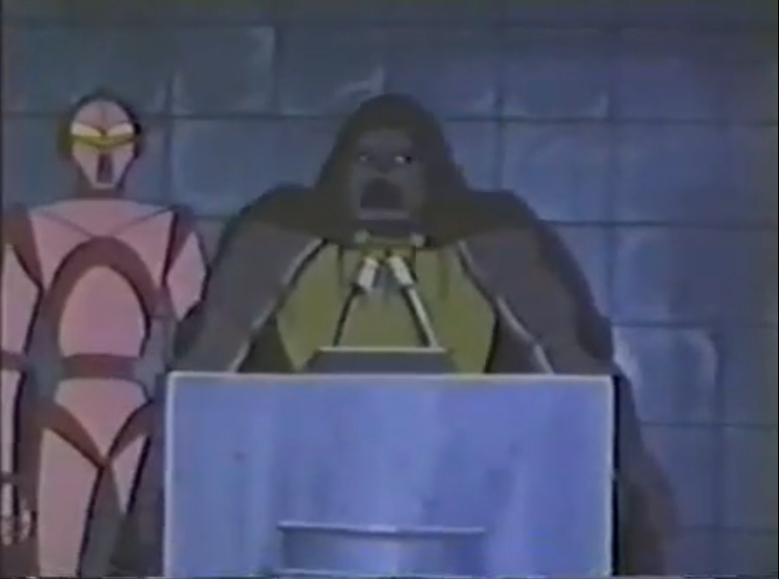 High above, Spidey manages to fire a "super hot wad of web fluid" through the skin of the blimp, blowing air out of the side and thus diverting the balloon just enough to miss the statue of liberty. The strain of all this breaks the freeze ray and he's free to web-spin his way down the side of the statue and back to the UN Assembly. Phew!

When he gets there, however, he's surprised to find that Doctor Doom really is master of the world now, as he orders a couple of security guards to take Spidey away. 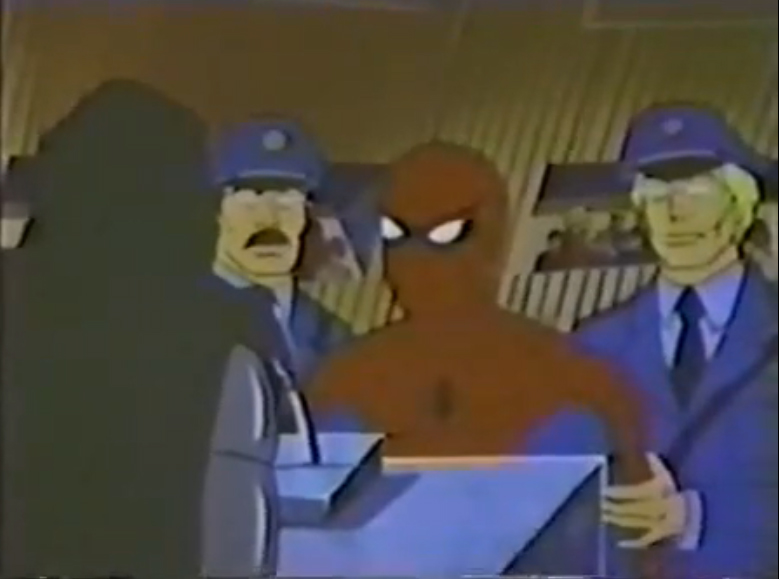 Spidey escapes, and figures it all out. "Doom wasn't elected legally", he thinks to himself, which is certainly one way of putting it. Knowing that he has international law on his side Spider-man rushes into action, grabbing Doom's computer and thus (incredibly easily) taking control of his robots, forcing them to turn on their master. Doom responds with one last classic move - he ignites his back-pack rockets and escapes out of a window! 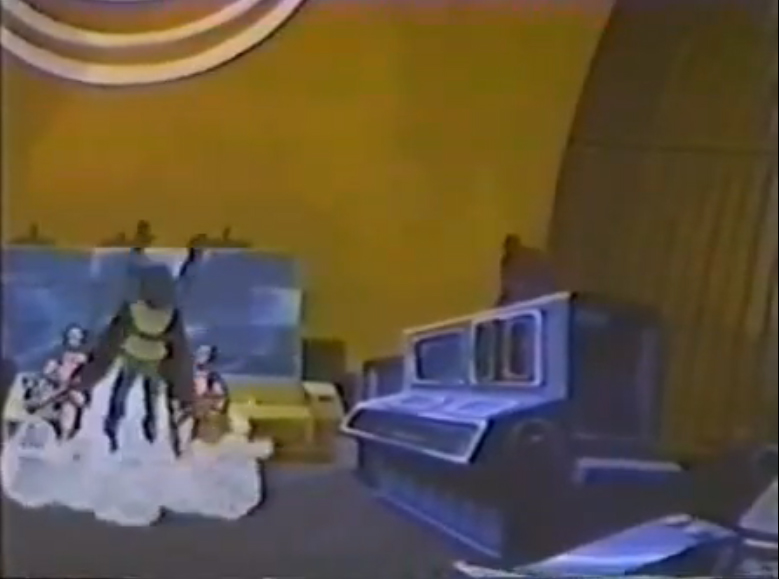 Spider-man uses the robots to send things right, removing the mind control implants. All that remains is for Peter Parker to return to the offices of the Daily Bugle to sell some pictures of his adventures to J Jonah Jameson. With money in his pocket he invites to Betty to the pictures, where they're showing a film about "a strange super guy from another planet who's allergic to green rocks" (arf!) but before they go he's embarrassed by a call from Aunt May, who's worried about him missing his bedtime. It's a standard-issue not very funny "joke ending" to one of these cartoons, which is a bit of a let down after a surprisingly enjoyable, well made (for its time) cartoon. There's a lot more of these to come, including a visit next time to a whole other series - "Spider-man And His Amazing Friends"!