Today we reach the final part of the main survey analysis, looking mostly at aspects of Doom as a character created and sold by people and commercial entities in the "real world", as opposed to the fictional aspects covered previously.

Creators: Please enter the names of any people or organisations that you associate with the creation of Doctor Doom's stories. Please note that this can refer to anybody who worked on any story, not just the original creators of the character.

This question is looking for the names of those who actually create Doom's stories. As might be expected, there were a huge number of different responses with were 59 creators mentioned by two or more respondents and a further 54 unique responses. For brevity's sake I have only included those with 4 or more mentions here.

The first thing to notice about this category is that although the question said "this can refer to anybody who worked on any story, not just the original creators of the character", the vast majority of respondents still identified Doom's creators, Stan Lee and Jack Kirby, as people they associated with the character.

After that we see the names of the creators usually named as responsible for the most "important" or fan-favourite runs on the "Fantastic Four" series i.e. John Byrne, Jonathan Hickman, Mark Waid and Mike Weiringo, and Walt Simonson . Interestingly, "Marvel Comics" is also included in this category. As we will see, this would be a better fit for the next section "Market Authors", but it is interesting to see how many people think of the brand as an actual creator of Doom's stories.

As seen for other categories, the bias inherent in the selection of respondents is clear, not just the usual one towards the "Unbeatable Squirrel Girl" series (with both series creators, Ryan North and Erica Henderson, included in the responses), but in the fact that almost all of the names mentioned come from comics. The first non-comics creator is Josh Trank, Director of "Fantastic 4", with Roger Corman (director of the unreleased 1994 Fantastic Four movie), and Tim Story and Julian McMahon (the director and the actor who played Doom in the 2005 "Fantastic Four" and 2007 "Fantastic Four: Rise Of The Silver Surfer" movies) also appearing.

Marketing: Please enter the names of any people or organisations that you associate with the marketing of Doctor Doom's stories. This could include names that you have already entered in the previous question, but does not have to.

In contrast, this question is looking for the names that are used to sell the stories - as will be seen, there is quite a lot of crossover with answers to the previous section.

Unsurprisingly, "Marvel Comics" and "Marvel" were mentioned most here, along with the different movie studios that have produced Doom's appearances. Similarly, the creators named are broadly in line with the top answers from the previous category, as these are the ones whose names are often used in conjunction with collected editions. Also, most Marvel comics from the mid-1970s to late 1980s are headed with "Stan Lee Presents..." so it is expected that his name should be quite high in the list.

The only surprise for me was the appearance of "MF Doom" here, an artist I was completely unaware of until starting this PhD, although given the amount of times people have mentioned him to me since I began, perhaps it shouldn't have been! 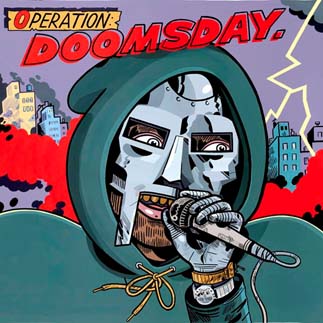 
Other associations: Is there anything else that you associate with Doctor Doom that has not been covered in this survey so far?.

This category was included so that respondents could mention anything else that had not been covered.

In fact, the only topics brought up by more than one person which were not covered in the main survey questions were MF Doom again, and Doom's relationship to Darth Vader. If nothing else, I feel that this shows how comprehensive the survey was!

That ends our look at the individual survey responses - join us next time for the grand finale, when we look at the responses overall!