One of the actually properly interesting things about "Secret Wars" (as opposed to how terrible the actual comics were) is how the series was worked into the ongoing stories of the other series in the Marvel Universe. The month before it all began several series ended that month's issue by having their characters disappear after entering a mysterious building in New York's Central Park. The following month they returned, often drastically changed, having been through Some Sort Of Experience. The biggest changes included Spider-man getting a new costume and She-Hulk replacing The Thing in The Fantastic Four, and readers were left to wonder how this had all occurred. The regular Marvel Universe carried on from there, while the story of how it all happened was gently unravelled over the next twelve months in "Secret Wars" itself. As a way of intriguing readers and getting them to buy the main series this must have worked, as it's been used many times since, notably in DC's "52" series where all of the stories in their main series jumped forward a year with new costumes and changes to the status quo, leaving "52" to slowly reveal how everything had changed during the intervening time. Funnily enough, it had its own line of action figures too! 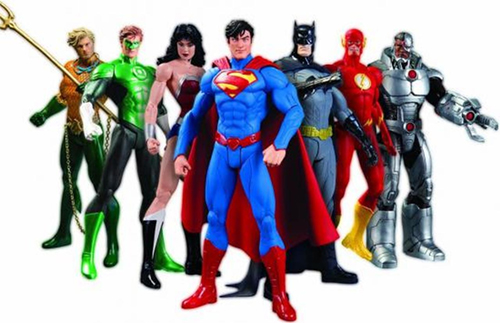 This issue is post-Secret Wars, and so starts off with the Hulk emerging from that same building with... a mysterious limp! 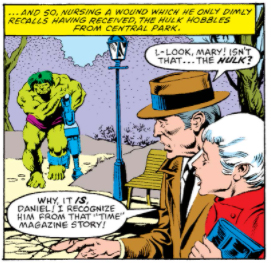 All right, it's maybe not quite as exciting as a new costume or a new team member, but it does at least show that something has been going on that we don't know much about. The text of the comic has to keep up the air of mystery too, only vaguely referring to events, partly to maintain the susspense but also, I imagine, because nobody knew what the ending was going to be yet! It's here that Doctor Doom makes his only appearance, standing in a group of characters as part of an image which seeks to summarise what we can expect to see in Secret Wars itself.

This is Doom, yet again, standing in a group,representing Super-Villains and the Marvel Universe as a whole. He does that a lot!

The rest of the story sees a spectacularly grumpy Hulk stomping around on the trail of the lower-league supervillain Boomerang, who has something to do with another character called Max Hammer and some illegal experiments involving Gamma Rays. 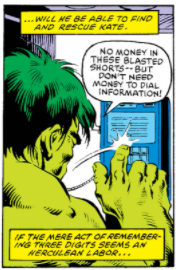 I found it all a bit disconcerting, as it's not any version of the Hulk that I remember. It's drawn by Sal Buscema, which is definitely how I remember the Hulk being drawn, but Danny Bulandi's inks give it a much smoother, glossier look that I'm used to. It's very nice, but it's not what I associate with our pal Sal! His personality is also miles away from the classic "Hulk find Betty!" characterisation that I remember from the pages of Marvel UK's "Hulk Weekly". I know that part of the Hulk's character is that it keeps changing, as has been shown in the completely brilliant "Immortal Hulk" recently, but it was still a surprise to come up against it at this point in time.

It does all get a bit "Immortal Hulk" towards the end actually, as they find a family pet that has been turned into a Gamma monster.

It all ends with the scientist who has been running the experiments turning into a monster, which everyone seems to be surprised by despite this, as far as I'm aware, being what always happens to Scientists Dabbling In Forbidden Technology. Sadly we won't find out what happens next (my guess: he regains his humanity to save a loved one at the expense of his own life?) as we're back in the ongoing story of Secret Wars itself!