Over the course of this blog I have often railed against Marvel's attempt at humour comics like "Not Brand Ecch" or "Fantastic Four Roasts", but lo and behold - today we're looking at a Marvel comic that is Actually Funny!

Not only that, but it looks amazing too, as it's drawn by Barry Windsor Smith. I've not always been entirely persuaded by his art in other comics of the time, as the characters always look a bit stuff and poised, but goodness me he draws a lovely Thing here! 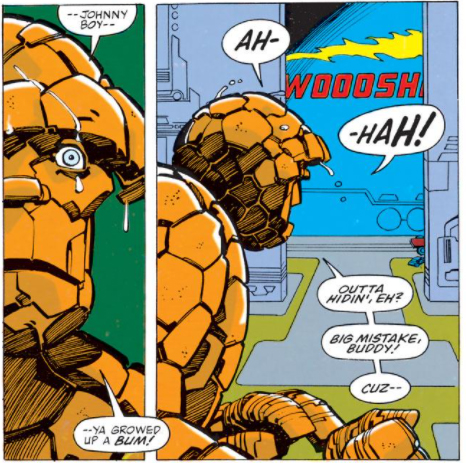 This is another of those issues of Marvel Fanfare that turned up in my local comic shop at a bargain price because it was water damaged. I remember buying it at the time and findiing it all a bit lightweight and pointless, but re-reading it now I was surprised by how charming and genuinely amusing it is, in a story which sees The Thing gently falling for a long string of practical jokes which the Human Torch has set up the night before. 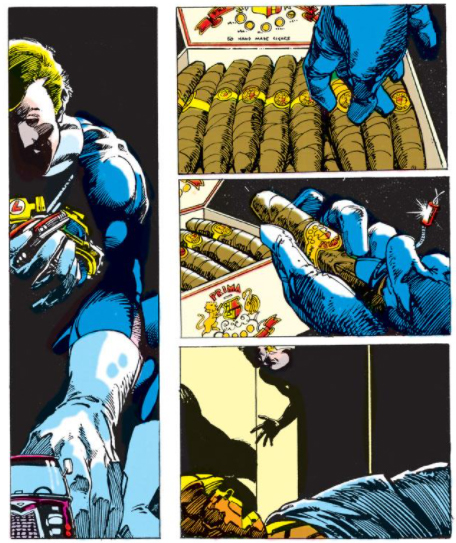 That's all that happens really, but it features some moments with real charm and character insight, such as when The Thing looks in the mirror first thing in the morning and sees what appears to be stubble.

There's also a great bit where he slips on a mass of toy trucks and is propelled along a corridor, bursting through images of the worst people imaginable. This starts with, of course, Doctor Doom. 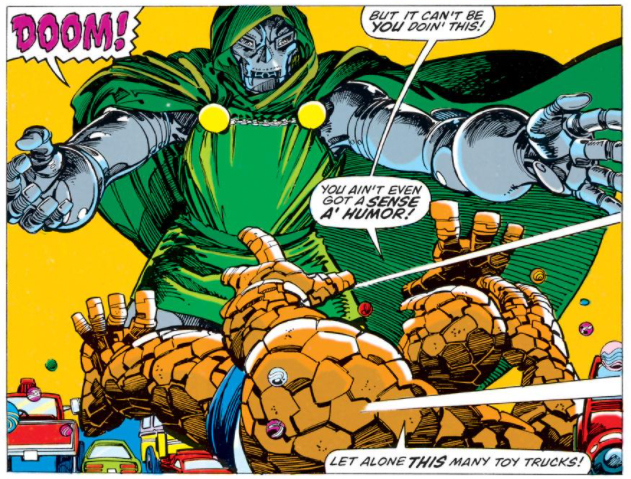 That's the only appearance of Doom in this story, but I don't really mind when it's part of something so enjoyable. It does at least make the point that Doom can't be behind these pranks because he has no sense of humour (he definitely doesn't) or toy cars (I have no data to back this up). The Thing continues on his ride along the corridor, bursting through an image of The Super Skrull and then finally cracking he sees his worst nemesis of all. 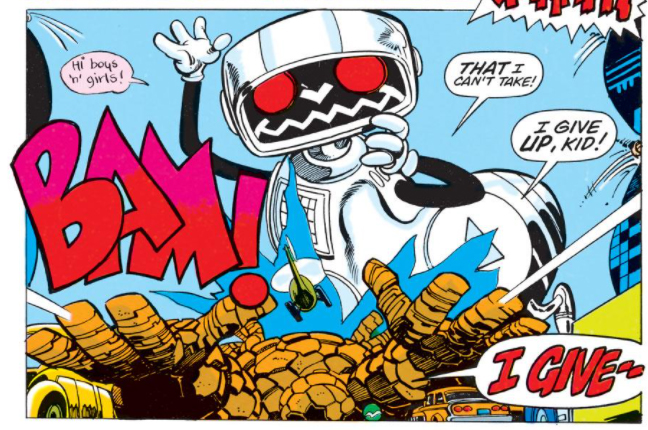 I thought it was funny anyway! Eventually we discover that Johnny did all of this for April Fool's Day, except, Ben calculates, Johnny has got the dates wrong - April Fool's Day is tomorrow. 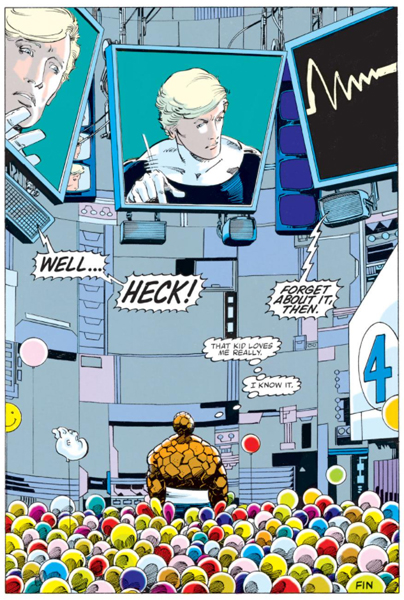 If this was the end of the story it would be a bit disappointing, but Windsor Smith then gives us an epilogue where Ben gets a whole bunch of his own pranks ready for the next day, which is April Fools Day proper. In the final panel he settles down to relax with a cigar... the same exploding gag cigar that we saw Johnny setting up on the very first page. 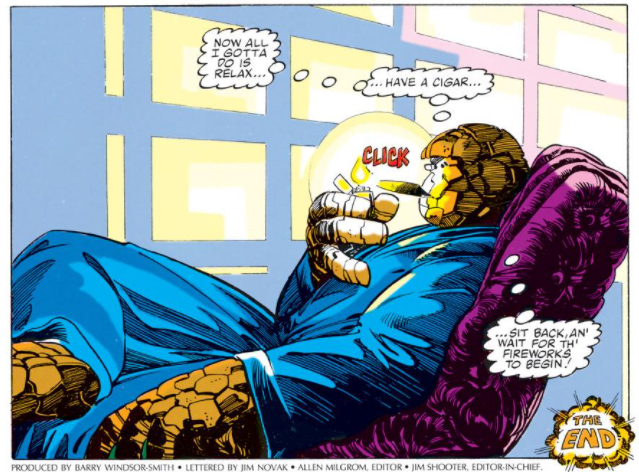 I love the fact that the payoff is done so subtly, through the wordplay of Ben's final statement and the lettering in the bottom of the picture. All in all it's a glorious piece of work, and a real shame that Barry Windsor Smith didn't do much more of this sort of thing!