...And Then The Gods Cried

This is one of the tiniest Doom appearances we've ever had, with him only just distinguishable amongst a group of baddies in a one panel recap of "Secret Wars". 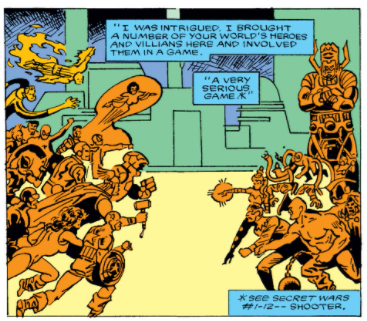 He's a bit difficult to spot, so here's a zoomed-in version. 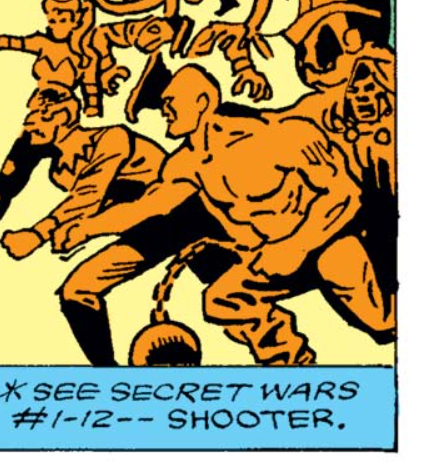 That's a tiny little image, but it's completely recognisable as Doom from his cloak, clasps, hood, steel mask and square eyeholes, showing yet again how important these are for making Doom Doom.

The rest of the issue is a tie-in to Secret Wars II, with all the stupidity and weird mish-mash of styles that go with it. There's a lot about The Puma, a character I've never come across before, and an awful lot of attempted "humour" around the idea that his mystical Sensei actually likes pop music. 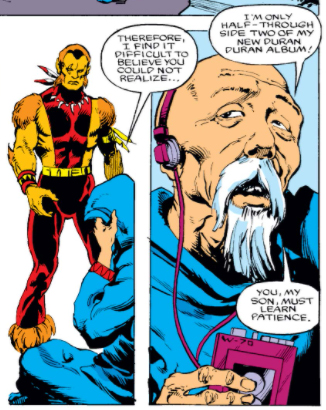 Crazy! Spider-man isn't in it very much at all, and it feels like this is a sudden swerve from whatever story was meant to be going on. It's more like an extra episode of "Secret Wars II" featuring The Beyonder meeting Puma, and there's even a pre-warning of this right at the start. 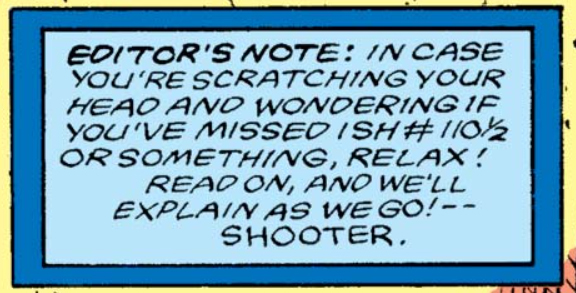 It all ends with Puma failing to kill Beyonder, and everyone shrugging their shoulders and going home, with Spider-man a bystander in his own comic. It's a bit rubbish really, and we've got something similar next time, with a lot of The Beyonder and the title characters mostly sidelined. However, the characters sidelined are the FF, and the guest star who takes over is Doctor Doom, so there'll be a lot fewer complaints from me!